One of the first “things” that separated winter from spring was to move our one year old steers up north to pasture.  That happened in early and mid May. We had a few late bloomers (ten month old steers instead of a year) that went up separate in June and then two breeding cows were taken up near the end of June.  This kept me on the road a fair amount for a couple of months.

And another- was to start setting up electric net 2 to 3 times a week and rotating sheep on grass and when that grass ran out near the middle of June; move them to Saline which involved a training process as well as set up and trailering.

And another- check on the arrival of baby calves and lambs several times per day.  We had one vet call when we lost a ewe with triplets…so sad, but all and all babies came fairly easily!  We just had a baby calf born last week!

And another- was to put up a new fence on my property.  This involved putting up about 50 posts, some wood corner posts (sunk 4′ deep), and running electricity and electric ribbon around the new fenced area. We still have a few clean up items to take care of  but the cows and their babies are using it.

And another- was to organize the cutting, baling, and transporting of our hay for winter feed (done by others).  The hay was brought home where I stacked and tarped it(a first for me…oh yea- you go girl!). 150 round bales done and more hay to come!

And another- Begin barnyard clean out from the past winter and hire an excavator to move compost. Still in progress!

And another- Check the new fence and cows daily while simultaneously picking and eating black raspberries!  That’s the best part of ANOTHER day! 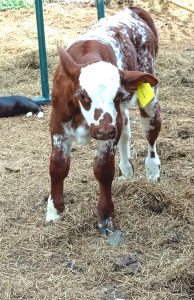 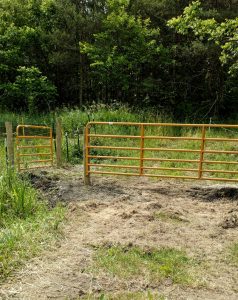 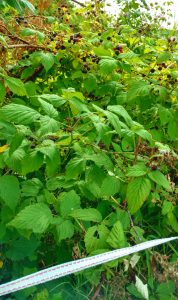 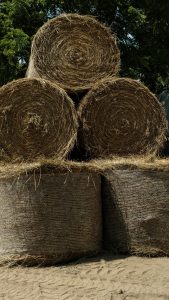