Big Experiments and a Little Trouble 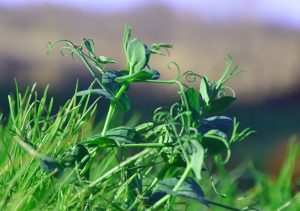 HAY!  It’s what makes a grass-fed cow’s “winter world” go round!  So what is a pea plant doing in our hay field?  Conventional farmers might cringe…most hay fields are a mix of alfalfa plants and pasture grass.  Why?  Mostly because of the time it takes to get plants dry after cutting.  Grass and Alfalfa do well during the drying process.  But, we decided to change things up a little.  About a month and a half ago we rented a “no till drill” (implement pulled behind a tractor) and seeded a mixture of about ten different species into our existing hay field.  Sweet peas, Daikon /Nitro radishes, and Hairy vetch to name a few.  Our idea is to increase the organic matter and re-vitalize the soil with a variety of species. Each plant brings it’s own contribution- the radishes bring nitrogen, etc.  It’s been done.  Check out some of the great work by Gabe Brown out in S. Dakota with regenerating soil.  http://brownsranch.us/

And Elsewhere Around the Farm: 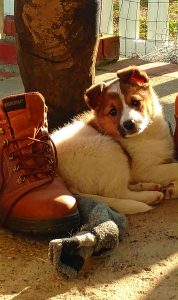 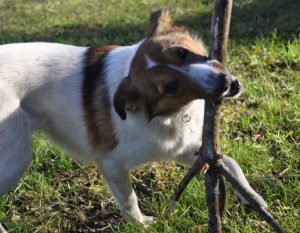 What happened to Lacey?  Fast forward one and half year’s later- 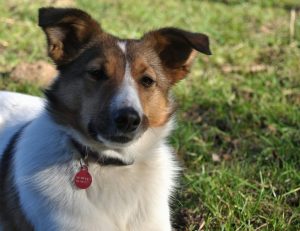 …and my best friend!