From Devastation to Regrowth

Rolls and rolls of burnt fencing sprinkle the roadsides, reminding passerby’s of the devastating fires which hit the Heartland of America on March 6, 2017.   Thanks to fuel donations and our abundant 2016 hay season, we were able to make a trip to the Kansas/Oklahoma area to offer a small token of help- round bales of hay for cattle.  After driving several (very) long days, we met up with a few of the warmhearted and hospitable townspeople.  People who had been welcoming others into their fire ravaged  homes, ranches, and towns for over a month.  Many times over they have recounted a variety of horror stories to visitors; everything from evacuating homes before they were completely burned, to shooting and burying injured cattle (an estimated 9-12,000 head of cattle were lost).  As they told us their stories, you could still see the tears welling up in their eyes.

But, we also witnessed amazing strength in the ranchers and people we met.  You could tell they met every crisis with the “strong-will” that was needed.   Support from all over America has helped fuel that “strong-will”.  Hay deliveries, fencing supplies, physical labor, clothes and food has come in from many states.  Big supply and hay convoys are still going out from Michigan.  One Kansas resident said, ” it takes a village…or a nation”.   Our nation responded. The outpouring has rendered the victims “grateful beyond words”. When we were on our way out of the Wildfire zone we noted the miles and miles of burned prairies.  For the most part, you could still tell where the fire had been.  But we were seeing those burned prairies through a vale of green.  Green regrowth.  Regrowth of the pastures, regrowth of a small town, regrowth of generosity, and regrowth of the “heart” of America. An experience I’ll never forget. 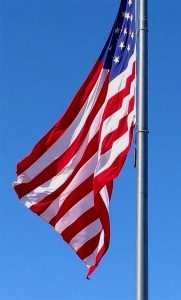 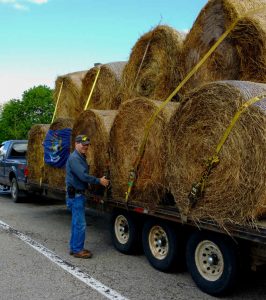 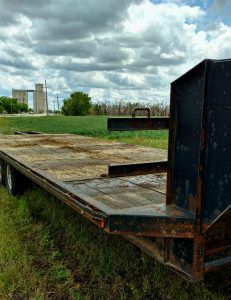 Empty Trailer to bring back 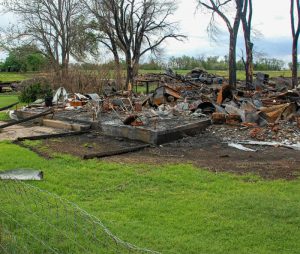 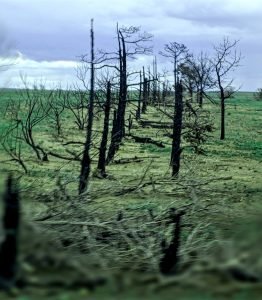 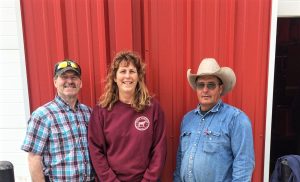